The spread of the COVID- 19 epidemic in the country that many parties noted that caused by laxity of government officials or not Not only did it result in criticism of the government. But it was also found that the government under General Prayut Chan-och

Khunying Sudarat Keyuraphan, Chairman of the Thai Sang Thai Party Along with party members, go through the campaign #sue the government of murderers To mobilize a list of people affected by the government's COVID-19 control measures, which the party sees as a mistake that leads to unnecessary deaths. which later found that it had mobilized more than 700,000 names.

Thai Sang Thai Party thinks that controlling COVID-19 which cannot be controlled by the government causing the people to bear the costs themselves, including the cost of masks, treatment costs, and vaccines, which are also delayed, are limited and are not effective enough. forcing people to pay their own money to get good enough vaccines This point makes me think that the government is likely to violate Article 47, paragraph 3 of the Constitution, which states that

"A person shall have the right to free protection and elimination of dangerous communicable diseases from the State."

not only that The Thai Build Thai Party views that Implementing faulty disease control policies, such as not carpeting that makes you do not know where the infection is hidden and the lack of priorities of the patient leading to no bed No ambulance came that resulted in some tragic deaths at home. may also violate Article 55 of the Constitution, which states

“States must work to ensure that people have access to effective health care services. Enhancing people with basic knowledge about health promotion and disease prevention, and promoting and supporting the development of wisdom on Thai traditional medicine for maximum benefits.

Public health services under paragraph one It must cover health promotion, control and disease prevention. medical treatment and restoring health

The state must continually develop health services to be of higher quality and higher standards.”

It also believes that these two violations of the Constitution It is also believed that the government intentionally neglected to perform duties. which may be considered a violation of Article 157 of the Criminal Law as well

"Nawat" took it with him, suing Prayut to solve the failed covid problem.

Mr. Nawat Isarakraisil , Executive Director of the Miss Grand Contest International And a famous moderator filed a lawsuit against Gen. Prayut. to the Central Criminal Court for Corruption and Misconduct Cases on August 13 as well

"I'm not crying anymore. It has a huge impact. to living under the management of Prayut Chan-o-cha, especially regarding the inadequate supply of vaccines and being postponed all the time," said Nawat.

As for the allegations that Mr. Nawat sued General Prayut is a violation of the criminal law section 157 and section 165.

Before that, Nawat was infected with the novel coronavirus, 2019, which he considered himself and the general public not even allocated masks and hand sanitiser. As for infection detection, it costs money. which is not in accordance with the Constitution And when infected you have to pay a very high cost for treatment. Which he was lucky that he bought insurance, even so, he had to lose his career as an MC. due to severe illness cause a lack of income and it took several months to recuperate. All this he saw was caused by the neglect of General Prayut who is the director of the B.E.C. 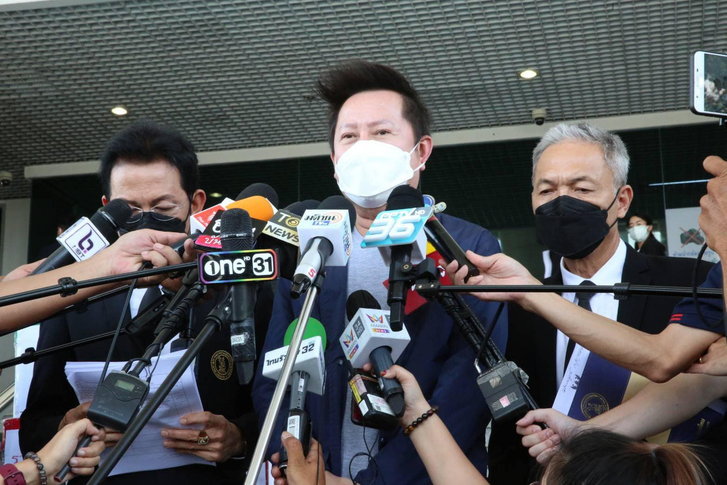 The Seri Ruam Thai Party is another party that has tried to condone. General Prayut from the implementation of the COVID-19 control policy that the party sees as a failure

In July, Pol. Gen. Sereepisuth Temeiwes, the leader of the Seri Ruam Thai Party, stated that the government cannot take care of the people until the loss of life due to COVID-19 Plus, people still have to buy masks to wear themselves. And go out to find a place to check the disease itself and bear the cost. Not only that, but also have to find a way to vaccinate yourself. The constitution requires all citizens to have access to free treatment in the event of a serious epidemic.

"It's time for people's brothers and sisters to stand up and fight to claim and uphold their constitutional rights," said Pol Gen Sereepisuth.

"Please ask all citizens to bring a receipt for the purchase of a mask. The receipt that you go to for treatment Receipts that you need to buy vaccines to prevent the spread of COVID-19, evidence that you have been damaged by government measures. Go report it to the police station near your home. to prosecute against General Prayut Chan-o-cha, Prime Minister and all ministers in violation of the Constitution" 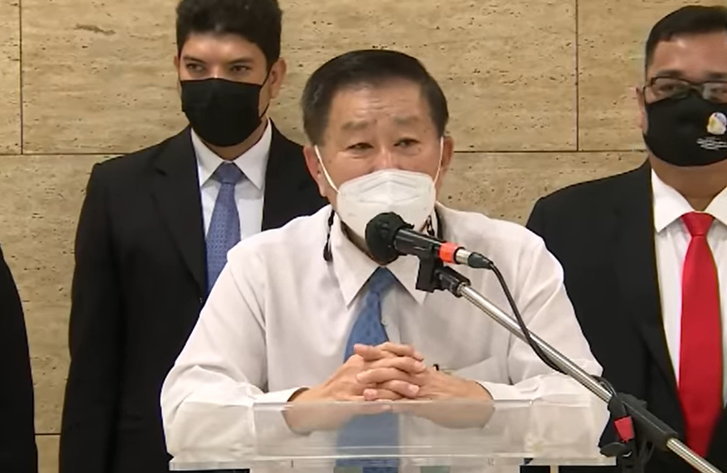 On the far side, the Progressive Party led a group of massage parlors and spas in Bangkok and the Crimson Province. Invaded and filed a lawsuit at the Civil Court on August 17, to claim 200 million baht in damages from the government. that issued measures to shut down businesses claiming to control the COVID-19

Mr. Pitak Yotha, president of the Jaravee Association for Thai Massage Conservation, said that when there is a lockdown or an outbreak Their shop will be ordered to close every time. even though it has never been a risky place or has been infected until some entrepreneurs have to close their businesses and has not been healed at all This is the reason for suing for damages. 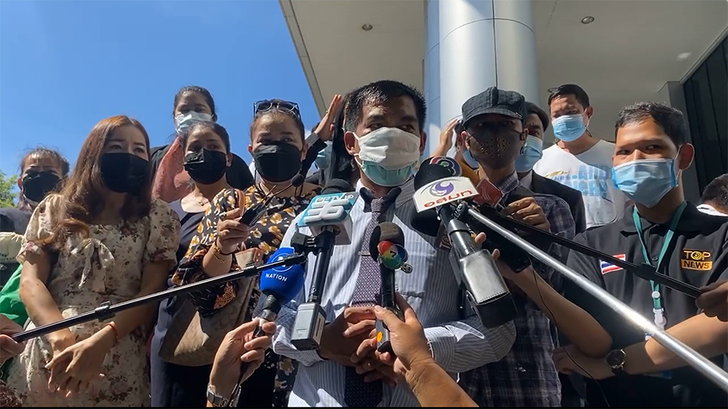 As for Ms. Sirikanya Tansakul, a member of the House of Representatives (MP), a party-list form, the Kao Klai Party, who is an intermediary, filed a lawsuit against a group of entrepreneurs. comment This is the first class action lawsuit. And I want it to be a historic case where governments will be held accountable for the lives of their citizens who have caused damage from their own orders. And if the government comes to heal now, it's too late. Because over the past year, I didn't think to heal at all.

Miss Sirikanya went on to say that After this, operators in other industries will be introduced. Affected, such as restaurants, pubs, bars, join the lawsuit.

However, the case is scheduled for hearing on Tuesday (September 21), but the court postponed the date to December 21-23 this year.

The Kaw Klai Party said that as of Tuesday (Sept. 21) there were more than 200 massage parlors joining the group, and massage parlors that are still in operation or that have closed can join as additional members until There will be an appointment for witness examination in December.

In addition to political parties and famous people People generally want to be prosecuted. General Prayut as well

On July 22, a 18-year-old Chulalongkorn University student brought the receipt of the hygienic mask he bought to report to the Provincial Police Station (Police Station) Hat Yai in Hat Yai District, Songkhla Province, although the constitution states that everyone has The right to prevent and eliminate dangerous epidemics at no cost

This student also said that this notification would require General. Oh, my God. Prayut is responsible because he is the Prime Minister and the director of Prof. Who is directly responsible for the coviral-19 epidemic since the beginning of 2020, but after a year, it is out of control. It's also spreading more severely than before. Therefore, it is believed that the Prime Minister neglects his duties.

Placing 6 bodies, mourning 6 October, lighting a candle in the middle of the football field, MU. Singing 'from Lan Pho to Phu Phan'

The opposition coalition claims that the 158th constitution will allow the prime minister to stay until August 65.

Doctor Pla takes the victim to the treatment center to report Revealing that there is a police involved. Money is flowing, but the condition is like a prison.

Muang Khon Provincial Police Office clarified after not using Lebu, reiterating that officers must use only high-quality inspection equipment

Placing 6 bodies, mourning 6 October, lighting a candle in the middle of the football field, MU. Singing 'from Lan Pho to Phu Phan'

The opposition coalition claims that the 158th constitution will allow the prime minister to stay until August 65.

The bike suddenly cut off in front of the pick-up truck before smashing into a light pole and crashing into the canal.

15 years 'Suvarnabhumi' accelerates development Get ready for the 'open country' to welcome travelers from all over the world.

Wirot suggests appointing a priest instead of Big Tu after giving him prayers, chasing the storm, breaking his maturity.